The World Junior Hockey Championship is providing a welcome boost for businesses in downtown Moncton.

The week between Christmas and New Year’s is generally a quiet time for hotels, restaurants and shops, with some businesses reducing their hours or closing altogether.

Fahda Battah, of Fahda’s Pita Wrap, says this holiday season has been different. The business is located on Main Street, across from the Avenir Centre.

This week, she’s welcomed international tourists, and has been surprised at how many New Brunswickers from outside the greater Moncton area have made the city their destination.

“It’s excellent, she said. “I had people from Saint John, yesterday they came here. They’re going to the game. Fredericton, Sussex, it’s excellent.”

It’s not just businesses in the immediate vicinity of Avenir Centre that are seeing an increase in traffic.

La Factrie is a new coffee shop located on Albert Street, across the railway tracks and down from the competition venue.

Co-owner Dany Levesque opened the café in August. She assumed it would take some time to grow the business.

Levesque has made every effort to welcome visitors, including decorating the outside of the café with the flags representing the teams playing in Moncton. Each flag has the word coffee written below in that country’s language.

“We’ve had people from the U.S., Slovakia and other countries as well,” she said. “I’ve seen people from the staff of the [tournament], from different teams coming here to have their coffee and spending time working as well. People will come here before going to the games.”

Levesque says she doesn’t know how much the tournament has been worth to her business, but she expects it will be good.

Patrick Richard, the executive director of Downtown Moncton Centre-Ville, says restaurants are not the only businesses experiencing a boost.

Hotels, grocers and other retailers are also benefiting from the thousands of hockey fans who have descended on the downtown every day since Boxing Day, Richard says, 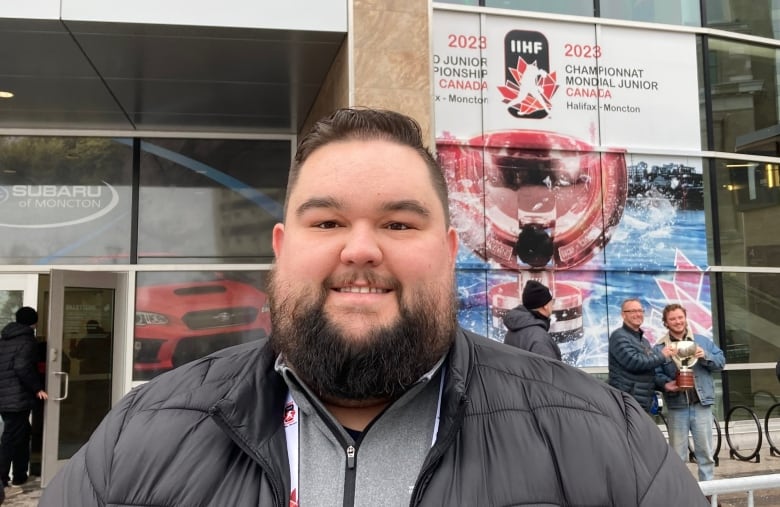 “Fans are excited to be here, they’re coming downtown, booking hotel rooms, it’s been fantastic all around,” he said.

“Most of the international fans are family members of the players. They’re shopping and eating, but from what I gather they’re excited to be here and it’s been great.”

Richard is optimistic that hosting the World Juniors will help attract other major events. To see downtown Moncton on television every day has been especially exciting for him.

“It definitely puts us on the map,” he said. “Seeing the [aerial] shots in between the periods and commercial breaks on national and international broadcasts has just been fantastic. We’re hosting the world. It’s been amazing.”