Records compiled by the website propertize.ca show 11,158 assessment notices issued to Moncton property owners in the last week had increases of 15 percent or more, thousands more than any other New Brunswick community.

Saint John property owners were issued just 816 assessment notices that large and Fredericton had only 676, although all three cities experienced booming real estate markets over the past year.

However, Service New Brunswick says that is not evidence of differences in the way properties in the communities are being valued.

“SNB assessors are unbiased, highly qualified professionals, and comply with industry standards,” wrote Service New Brunswick’s director of communications Jennifer Vienneau in an email responding to questions about differences in the three communities.

“Assessors do not determine the market value; they reflect the values ​​that have been established by buyers and sellers in local real estate markets across the province.”

Assessment increases are common across New Brunswick this year, but the most significant jumps are packed into the Moncton area.

Al Meloche lives on Lonsdale Drive in Moncton’s north end and received a 27.8 percent hike in his property assessment.

More than 300 other homes on Lonsdale and five other adjacent streets got the same or higher increases. Meloche said he is not surprised given what happened in Moncton’s real estate market this year.

“I sat down first. I had an idea it was going to go up,” said Meloche about his reaction to opening his property assessment notice from Service New Brunswick. “It was up big time.”

Assessments are supposed to measure the market value of properties — what they would sell for if listed — and those values ​​have climbed steeply in Moncton this year.

According to data collected by the Canadian Real Estate Association, the average selling price of a single family house in the Moncton was nearly 38 percent more in August 2021 than in August 2020.

In Meloche’s six-street neighborhood, records show 20 homes have sold since January at an average price $93,800 — 56 percent — over their 2021 assessed values. Meloche said that made the $49,800 valuation increase he got on his home understandable.

“The way they priced the house is pretty well what I’d like to have if I was selling,” he said.

In Fredericton and Saint John notices of property assessment increases to homeowners below 10 percent have been more common. 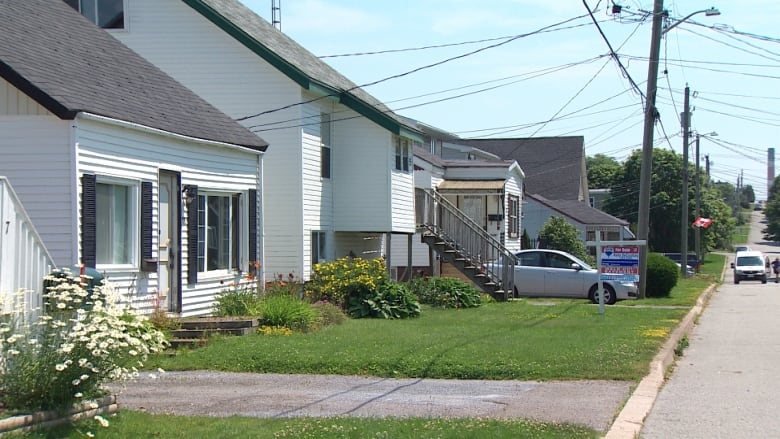 Forty-six properties in and around Topeka Street in Saint John have so far won assessment reductions. (Robert Jones/CBC)

That makes for a slower growing tax base in each community, even though real estate markets have been nearly as hot as those in Moncton.

On Fredericton’s southside in the extensive residential neighborhoods below Fredericton high school and above the Fredericton YMCA, 35 properties have been sold since January at an average price 34 percent above their 2021 assessed values.

That is similar to data compiled by the Canadian Real Estate Association which showed year over year price increases of homes in the Fredericton market area of ​​28 per cent.

Still, assessments — which are supposed to reflect likely selling prices — are up nine percent or less for most homes in those neighborhoods.

In Saint John, where city politicians have complained in the past about Service New Brunswick undervaluing properties in the city, assessment increases of less than 10 per cent are also common. Many neighborhoods are seeing jumps of five per cent or less.

According to Vienneau, assessments in New Brunswick are handled regionally by separate assessors and offices but they discounted the idea that was producing different results in different communities.

“The regional model ensures all communities in New Brunswick, whether large or small, are represented by local assessors who understand the local market,” she wrote.