A Moncton food writer has been named one of the most influential people in Canadian food.

Prescott is a regular contributor to publications, such as Food and Wine magazine, has about 300,000 followers on Instagram and will soon be a cookbook author.

But his interest in food didn’t come from a formal education, he told CBC’s Information Morning Moncton.

Prescott was a full-time musician for about 10 years and while he travelled and did a lot of interesting things, he wasn’t eating very well.

“I did not have a lot of money, so I was eating kind of on the cheapo, and on the dollar menu as much as I could, and while living in Nashville I decided I need to correct this, I really need to learn how to cook.”

So Prescott visited the local public library and took out some cookbooks and started working his way through them.

Over the last several years, that led to him becoming a food writer, a food stylist and a recipe developer for brands, such as Frigidaire.

I was a guy who couldn’t cook anything. Mac and cheese with butter on it was the equivalent to a Michelin star dish in my kitchen.– Dennis Prescott, food writer

“Jamie Oliver was my first major (influence),” Prescott said of the British chef. “He’s the guy that inspired me to think that I could actually do this.

“I was a guy who couldn’t cook anything. Mac and cheese with butter on it was the equivalent to a Michelin star dish in my kitchen.”

He said Oliver’s cookbooks showed him that home cooks could make delicious food that looked good and didn’t take days to make.

Before long, he became interested in pushing himself to learn more about food, cooking, and dishes from various cultures and regions. 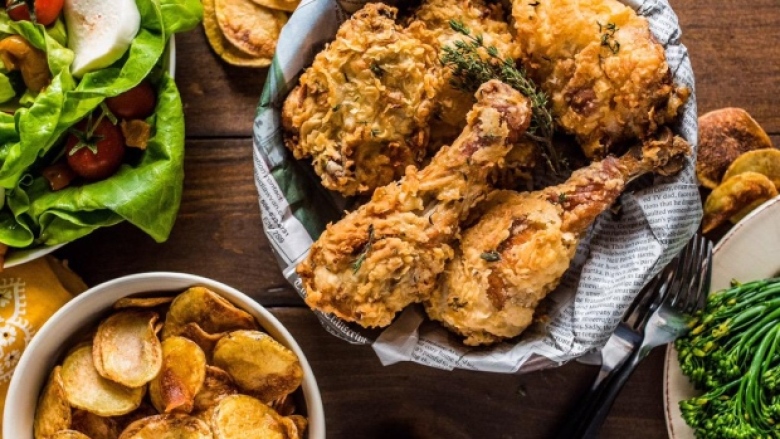 Dennis Prescott’s Instagram postings of his creations have earned him about 300,000 followers. (Dennis Prescott)The photographs of food he posts on Instagram has led to a large following, but again that skill he developed as his career was morphing from music to munchables.

“I was always interested in photography, but really outside of using my phone as my camera I really didn’t understand anything about photography,” said Prescott.

He said he started taking pictures of the food he was making in Nashville just to remember what he had made and how it turned out.

But after he started writing for magazines he says he had to upgrade his photography skills.

He said he’s still processing the honour from the Globe and Mail, which came as a surprise when the newspaper contacted him about three weeks ago.

“I feel quite overwhelmed, but also you know, just honoured to be included with such an amazing group of people involved in Canadian food.”

He said he admires everyone on the list for a variety of different reasons.

“I understand, I guess, a little bit of what several of these different people do, just working in the industry. And by that I understand enough to know how hard their job is,” he said.

When asked what he believes is his influence on Canadian food, Prescott showed his sense of humour.

“Hopefully I am making people hungry,” he said with a laugh.

But he also noted that he is a very proud Maritimer, and though he still travels a lot, he now lives in the Jones Lake area and likes to promote products from his home when abroad.

“I try to use as much and as many Maritime — specifically Moncton/Shediac-based products — as I can, things like lobster, mussels, scallops, a lot of the seafood we have, maple syrup; just highlighting how amazing our local products are,” he said.

Food has become an evolving adventure for Prescott.

He just returned from a trip to Kenya where he cooked for people in their homes over an open flame on a mud floor.

He even killed a chicken for the first time.

“But I’m really inspired by that because they don’t have a stove … they had a knife, but they definitely don’t have a cutting board. So it really forces you to think, ‘How am I going to pull this … dish off without all of the conveniences I’m normally used to?'”

Why the Moncton Boys and Ladies Membership wants $300,000 to improve its kitchen – New Brunswick

Tons of of volunteers in Moncton, N.B. ship meals bins to these in want – New Brunswick